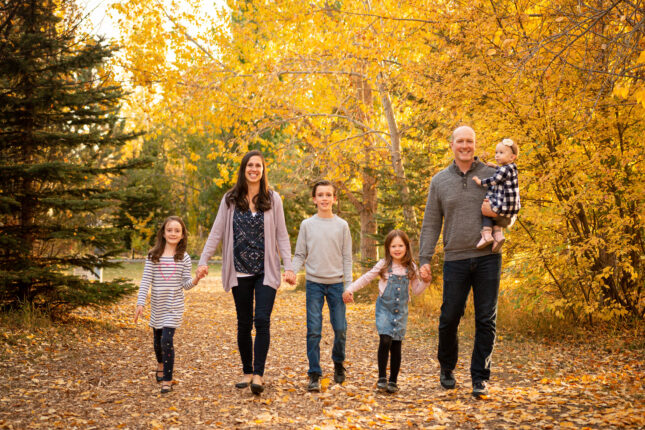 Lane is the son and grandson of pastors in the Christian Churches/Churches of Christ fellowship and is humbled to continue that legacy of ministry here at Oak Park. He has both the emotional and physical scars to prove that he is the youngest of three boys and despite what his brothers continue to tell him, his parents were just fine with a boy as the third. Trying his hand at baseball, basketball, volleyball, and track, Lane decided that hockey was the right fit for him. After playing his Jr. Hockey right here in his hometown with the Calgary Canucks, Lane returned to Alberta Bible College and completed his BRE while working as the Admissions and Marketing Coordinator for the College. It was during that time that Lane met Chantelle and they were married in 2006.

After Bible College, Lane moved across the country to Wycliffe College at the University of Toronto. Upon completing his Master’s program, Lane and his wife Chantelle accepted a role as the Wycliffe College Residence Dons – a five-year ministry they loved and continued in as Lane completed his Doctor in Theology program. Beyond the bullet points of his life that make everything look deceivingly simple and straightforward, Lane loves analyzing detailed procedures, filling out online reviews, editing legal documents and would never use sarcasm in an important bio. Mostly Lane is concerned about laughing more, learning from his four children, Hudson (2012), Cadence (2014), Elise (2016), and Ila (2020) and sharing the gospel the best he can, in whatever way he can, with all the love that God has given him.